A year has passed since the last burning of BNX coins and BTCNEXT Foundation Hong Kong can finally evaluate the deflationary model's results. The final max cap of BNX was reduced from 500 million to 250 million tokens.

How did it all start?

After the launch of the BTСNEXT Exchange and the creation of the BNX utility token in 2019, BTCNEXT Foundation Hong Kong thought about introducing a token burning mechanism. This innovation allows the price of an asset to be retained and increases its exclusivity while providing benefits to holders.

The team planned to reduce the initial emission of tokens by 50% - from 500 million to 250 million. It was decided that 6 burnings would be carried out, once per quarter. The first BNX burning took place in June 2019. Then, 50,000,000 BNX was burned for an astonishing total of $104 million. The last burning was on October 1st 2020. A year later and it's time to evaluate the effectiveness of this model.

The token burning method is used to combat inflation and increase the value of cryptocurrencies. In theory, lower emission of tokens leads to higher value for owners. Many major projects use the token burn mechanism to establish their native tokens’ independence from market conditions. During the correction phase, the price of such tokens falls by less than other tokens and sometimes even grows.

Binance and Ethereum are striking examples of large projects that regularly burn tokens. Like BTCNEXT Foundation Hong Kong, Binance burns once a quarter. On October 19th, more than 1 million BNB tokens were burned for a total of $640 million. Ethereum uses a different model. The Ethereum Improvement Proposal (EIP) 1559 implemented on Aug 5th burns a portion of the fees paid to miners, removing a notable chunk of coins from circulation on a daily basis. The moment it was implemented, the ETH price rose from $2,500 to $4,900. But what about BNX?

The results for BNX

BNX is the utility token of the BTCNEXT Exchange, which provides a number of advantages to holders:

In November 2020, the altcoin market found its bottom with the BNX price dropping to 4 cents. Thanks to the token burning and market recovery, BNX rose in price by x10 times by around the middle of 2021, up to 40 cents. Given the current market situation, the coin is in accumulation in the 10-15 cents range. It's quite possible that another price growth of 5-10 times on the current value will happen. And all these thanks to token burning. Is the model effective? Definitely!

BTCNEXT Foundation Hong Kong continues to develop the exchange. So far, the team has listed dozens of new coins and introduced certain core improvements. They have a plan and it’s interesting to watch the development process.

To learn more about BTCNEXT, visit the official website.

Press release distributed by Pressat on behalf of BTCNEXT, on Wednesday 19 January, 2022. For more information subscribe and follow https://pressat.co.uk/ 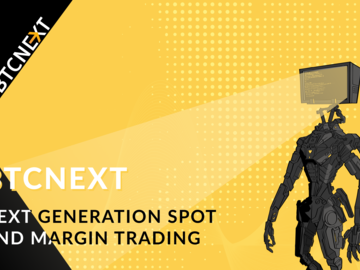