Reduce your screen time, for real.

ROTTERDAM, December 9, 2021 – Unpluq, a startup from the Netherlands, has developed an app that reduces smartphone distraction in a unique way. There are already quite a few apps that try to solve this problem, but the research by the startup showed that these solutions are far too easy for most people to circumvent. By default, Unpluq blocks the distracting apps that users set up. What's unique about the app is that in order to use these distracting apps, you have to shake your phone for 5 seconds, click a number of buttons, or go through some other “distraction barrier”.

The app is aimed at millennials, who often struggle to reduce screen time purely on willpower, as many apps are designed to be addictive. Research shows that willpower acts like a muscle, which can also become fatigued. “With Unpluq we give people a helping hand,” says Jorn Rigter, one of the founders. The free version of the app saves users an average of 35 minutes of screen time per day.

The Impact of Social Media

There is a lot of research linking the use of mobile devices, especially social media, with poor sleep quality, mental health problems and productivity. The Facebook Files that whistleblower Frances Haugen leaked to the press this year showed that impact on our society once again. “It's time we do something ourselves to challenge big tech and to win the battle for our attention,” said Tim Smits, the company's other founder.

From Physical Product to App

At Unpluq, it all started with a physical product: the Unpluq Key. The principle is the same: current software solutions are too easy to get around, so the barrier to using distracting apps is increased by a device that you have to plug into your phone. If the Unpluq Key stick is plugged in, you have access to all of your apps. If you remove the stick from your phone, distracting apps of your choice will be blocked.

So why switch to software-only? The founders from Unpluq noticed that people wanted to try it out before buying an Unpluq Key. “We also appeal to a larger group of people with the software: everyone worldwide can use it immediately,” says Smits. However, they will not completely abandon the Unpluq Key. Rigter: “The key worked very well to save screen time. The plan is to reintroduce it later, as part of the subscription.”

Does This Work Just As Well As the Physical Product?

By increasing the barrier to smartphone distraction, using distracting apps becomes a conscious choice. This solves the problem that before you know it, you're scrolling on Instagram again. Users of the free app save an average of 35 minutes of smartphone screen time per day. This is less than the 69 minutes the Unpluq Key saved, but they expect users with the subscription (which gives you more functionality, such as creating schedules) will also save around an hour a day. The app can be downloaded for free from the Google Play Store.

What Can We Expect in the Future?

Unpluq is currently developing their solution for iPhones. A beta of this version should be ready in March 2022. The Dutch entrepreneurs will then enter the American market with this iPhone version. In America, awareness of this problem is very big. People there are eager for a good solution, but usually have an iPhone. After the iOS version, they will probably start working on a laptop solution as well.

Press release distributed by Pressat on behalf of Unpluq, on Thursday 9 December, 2021. For more information subscribe and follow https://pressat.co.uk/ 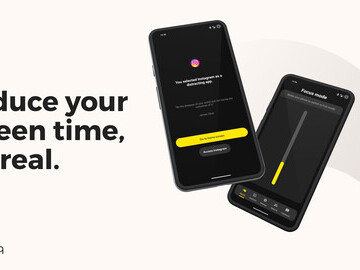 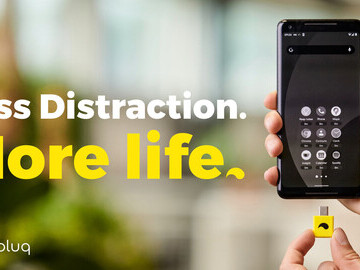