A young Newport man who is using his own experiences of homophobic bullying to help other LGBT young people will be featured on ITV News Cymru Wales on Thursday, February 7, from 6pm.

Scott McCarthy – who experienced years of homophobic bullying growing up - wants to provide more support to young LGBT (lesbian, gay, bisexual, and transgender) people in Wales. The 19-year-old who lives in Newport believes that there is currently not enough help or positive role models available to them.

Now working as a ‘Fixer’, Scott has made a short film drawing on his own experience of homophobic bullying to support other young people.

Launching in Wales this month, Fixers is a movement of 16 to 25-year-olds across the UK who are supported to take action and change things for the better, addressing any issue they feel strongly about. How each Fixer tackles an issue is up to them – as long as they benefit someone else.

With an aim to recruit more than 2,500 Fixers in Wales by the end of 2016, the organisation is already working with 132 young people in Wales on 19 projects.

One Welsh Fixer – of which Scott is the first - will be featured on ITV News Cymru Wales on the first Thursday of every month.

When he was growing up in his home county of Torfaen, Scott – who was bullied throughout his time at school - says he felt increasingly alienated.

“Coming out, I think I did feel alone,” said Scott. “I was looking for that support network – for someone to tell me that what I was thinking was maybe wrong in some cases or right in some cases – but I didn’t have that at all. So I had to sit there and figure it out myself which took a long, long time.”

He added: “I was bullied from a very young age because I was different to most guys. I have always had a a passion for theatre, dance and music .

“This, alongside my slightly more effeminate personality, meant that I became a target of bullying. Coming out as gay to people then became even harder as I was scared the abuse - mostly verbal - would become worse."

The bullying was often taken outside of school and Scott received large amounts of abuse over Facebook.

“I already felt alone, and the bullying just made this worse,” he said. It was being made quite a stressful time, and very limited support was available.””

Scott says that his experiences have made him determined to prevent other young people from going through the same thing.

“To make a difference to one person’s life would be great, but if we could change society, I think that would be fantastic,” he said.

Although he recognises that attitudes are changing, Scott, who is studying youth and community work at the University of Wales, Newport, not only wants to help those who are struggling personally, but also to educate others by breaking down stereotypes.

He is planning to use his Fixers film – which he has called PRYDE [Pride, Rights, You, Different, Equality] - as a resource when he holds workshops at schools, universities, colleges and youth groups.

In the long-term, Scott aims to set up a charity, also called PRYDE, to spread his message further.

Commenting on the arrival of Fixers in Wales, Keith Towler, Children’s Commissioner for Wales said: “I am delighted to welcome Fixers to Wales and am looking forward to working with them to promote the real voice of our country’s talented young people.

“What I admire most about the scheme is how it provides young people the freedom to express themselves creatively and empowers them to smash the stereotypes that exist about their generation.”

“Fixers started in 2008 as just an idea… an idea given a voice by some 5,500 young people over the past four years,” says Margo Horsley, Chief Executive of PSBT. “They have reached thousands of people with their work, on a national stage as well as in and around where they live. They choose the full array of social and health issues facing society today and set about making their mark. Their ideas can be challenging, inspirational and often life-changing and we are delighted to now be working with young Welsh people who want to make a difference.” 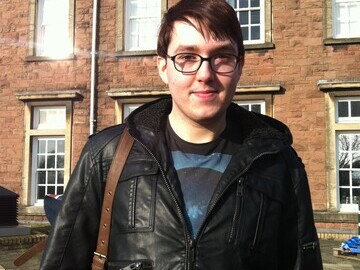