September is Childhood Cancer Awareness Month and it's also the month we lost Joanna, so what better incentive to take on this challenge in her memory

Neuroblastoma UK’s Chair of Trustees, Tony Heddon (from Four Marks, Hampshire) and the Charity’s Secretary, Shirley Clark (from Kew, London) are taking part in the Thames Bridges Trek on Saturday 7th September to raise vital funds for neuroblastoma research. Shirley, along with Tony and his family, are walking in memory of Shirley’s daughter Joanna, who sadly passed away in 1995, aged 8, after being diagnosed with neuroblastoma.

Shirley, Tony and his family (wife Karen, 57 and daughters Emily, 25 and Sophie, 18) will join 2,000 walkers to trek 25km over 16 Thames Bridges. They’ll be “#GoingGold for Joanna” as they trek over the 16 bridges, includes the Golden Jubilee Bridge, to celebrate Childhood Cancer Awareness Month.

Shirley previously took part in the Thames Bridge Trek in 2016, for the 21st anniversary of Joanna’s death, raising over £2,000. Shirley will also be running in the Kew Gardens 10k as part of Richmond Runfest on Saturday 14 September. This will be Shirley’s first 10k in 37 years!

Shirley, aged 62, who joined the Board of Trustees at Neuroblastoma UK in 2006 says, “September is Childhood Cancer Awareness Month and it's also the month we lost Joanna, so what better incentive to take on this challenge in her memory.

“As a Trustee of Neuroblastoma UK, I was heartened that this year - due to the generosity of our supporters - we were able to allocate £1.177million into research projects looking for new and more effective treatments for this aggressive childhood cancer. For the next biennial grant round our aim is to double that amount. Only by funding leading research will progress be made in combating this disease and give hope to the families of children with neuroblastoma.”

To support Shirley, Tony and the team, please visit their fundraising page: https://www.justgiving.com/fundraising/forjj

Press release distributed by Pressat on behalf of Neuroblastoma UK, on Thursday 5 September, 2019. For more information subscribe and follow https://pressat.co.uk/ 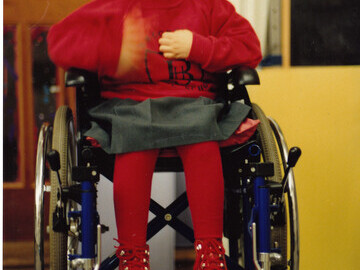 Shirley after completing the trek in 2016 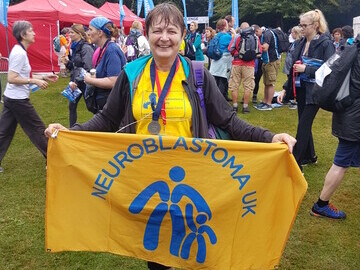 Joanna during her treatment