Tinder sues to shut down 3nder, the dating app for open-minded singles and couples, in lawsuit over name

3nder, a dating app for curious, open-minded singles and couples, has been ordered to immediately cease operations by multimillion dollar behemoth Tinder, claiming possible confusion between the two. 3nder, confident none of their members would ever confuse the two apps, has formally responded by highlighting their significant differences, including 3nder’s distinct mission, user base and emphasis on beautiful user experiences. Despite these differences and Tinder's lack of ownership of the letters “nd(e)r” (see also: Adult Friend Finder, Grindr), the company continues to attack 3nder during a time of explosive growth for the start-up.

3nder believes that millennials are more open-minded about their sexual identity than previous generations and this has propelled the sexual spectrum into popular discourse. 3nder is not only at the front of this cultural shift, but has spent two years establishing a positive environment for its highly engaged and passionate community. Unlike Tinder’s gay or straight limitations, 3nder covers the complete 23 sexualities recognized today, meaning 3nder is more than just LGBTQ ‘friendly'. Perhaps the biggest difference is that 3nder includes couples - something its over half a million active members clearly aren’t confused about considering 42% of 3nder’s members are couples and 64% of its members are searching for couples.*

Founder Dimo Trifonov says, “Our mission and our values could not be more distinct from those of Tinder. We have and always will put ethics and aesthetics first. Our members seek something else entirely when they come to us - to explore their sexual curiosity and date in an open-minded space. With so many sexualities and relationship structures left out of Tinder and the Match Group offerings, there is room for all of us. No one should have a monopoly on love".

3nder has enjoyed exponential growth in the past year. Over 3 million messages are now sent every month. Membership has grown 30% y/y, fuelling a 980% increase in revenue.* 3nder is funded exclusively through an optional paid membership known as the Majestic Society. The funds from the Majestic Society go back into product development - the majority of which is currently focused on 3nder's imminent Android launch, which already has a waiting list of over 70,000 people worldwide.

Trifonov continues, “3nder believes in a world where innovation, freedom of expression and the rights of small businesses are in the economic and social interests of society. There is a robust history of large companies attacking small businesses. 3nder acknowledges the impact Tinder has had on the world by introducing 'swipe dating' but harbours zero ambitions to be similar. We target an audience with completely different needs”.

As a busy start-up, it is a common occurrence for the 3nder team to forget to do their laundry. So 3nder is asking its members and anyone with an open-mind to remind them at #Tindersuckmysocks on social media and for the most awesome people to send Tinder their dirty socks. 3nder is confident 3nder members know their own minds.

To learn more about the Tinder vs. 3nder lawsuit, please visit our interactive site https://readymag.com/u83294031/TinderSuckMySocks/

3nder is a modern love story. When a young couple couldn’t find a way to explore their sexual curiosities in a pleasing and positive way through technology, they decided to build it for themselves. Founded in February 2014, 3nder has quickly become the world’s leading dating app for curious, open-minded singles and couples. 3nder is funded through its Majestic Society, a premium membership that unlocks additional features in the app including “Incognito Mode - the ability to hide from your Facebook friends”. 3nder is available in the iOS app store and is in beta for Android.

Press release distributed by Pressat on behalf of Feeld, on Monday 23 May, 2016. For more information subscribe and follow https://pressat.co.uk/ 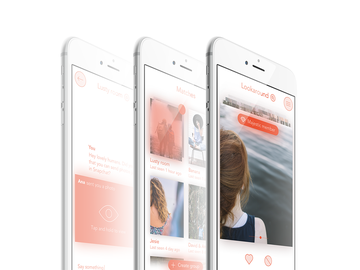 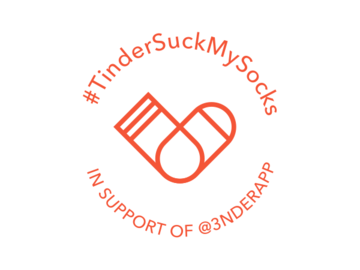 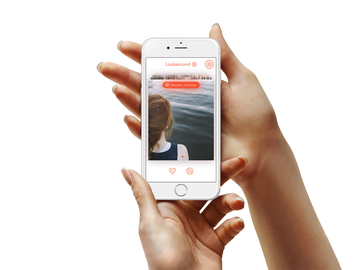 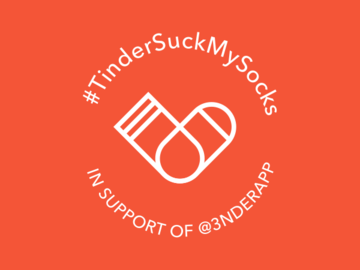 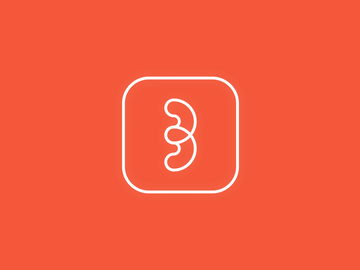 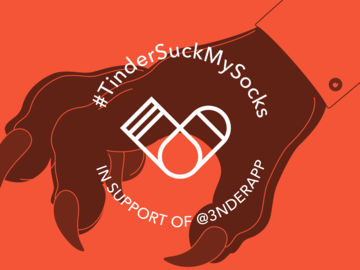 Tinder sues to shut down 3nder, the dating app for open-minded singles and couples, in lawsuit over name