News provided by Explorers Against Extinction on Tuesday 22nd May 2018

We are grateful for the support of the EU and Explorers Against Extinction in enabling this to take place.

UK based wildlife conservation charity Explorers against Extinction is delighted to announce its partnership with conservation non-profit African Parks in order to assist with the introduction of a new working dogs programme in Garamba National Park. Garamba is a critical wilderness situated in north-eastern Democratic Republic of Congo that is managed by African Parks in partnership with the DRC Government’s Institut Congolais pour la Conservation de la Nature (ICCN). It is also one of Africa’s oldest and most biologically significant parks.

Specialist dog units have proved hugely effective in the prevention of wildlife crime. Garamba is on the frontline of the poaching crisis - in the 1970s there were estimated to be as many as 22,000 elephants in the park; today there are fewer than 1,300. The park is also home to 47 critically endangered Kordofan giraffe - the last remaining of the entire species in the DRC. Since assuming management of the park in 2005, African Parks has overhauled its law enforcement, outfitting and training rangers, working with communities and implementing extensive programmes to meet the threat of poaching. The introduction of this canine unit will help protect the wildlife and offer support to the dedicated and courageous rangers who put their lives on the line every day.

Four additional anti-poaching dogs will be deployed using funding available from the European Union. Subsequently, local Congolese dogs will be selected and trained, ensuring a sustainable unit with rapid response times that can expand as required.

As John Barrett, General Manager of Garamba National Park says, “It is a very exciting time as we open our working dogs programme in Garamba National Park. We see enormous potential in the current approach employed by our Law Enforcement division and adding a tremendous detection capability, like that offered by working dogs, will be a key addition to the Park’s overall law enforcement strategy and ability to confront illegal wildlife trafficking. We are grateful for the support of the EU and Explorers Against Extinction in enabling this to take place.”

How: two different initiatives will be used to raise funds and awareness about the importance of Garamba and the role of anti-poaching dogs in the prevention of wildlife crime.

A touring wildlife art exhibition and auction. Acclaimed professional artists and celebrity supporters are asked to spend 26 minutes on an artwork of any endangered species - the same amount of time it takes for an elephant to be poached in the wild in Africa. Celebrity supporters include Dame Judi Dench, Sir Ranulph Fiennes, Stephen Fry, Richard E. Grant, Julia Bradbury, Mary Berry, Benedict Allen and Frederick Forsyth.

The exhibition will visit five UK venues including the prestigious gallery@oxo, part of Coin Street Community Builders, on London’s South Bank as well as touring to Manhattan, New York. All artwork will be auctioned via an online platform in aid of Explorers against Extinction nominated projects. Online registration opens 1 September with the auction closing Sunday 25 November.

Designed to raise awareness about the role of dogs protecting iconic species including elephant, members of the public are invited to submit a selfie of them and their dog(s) along with a small donation (min £2) by 31 August for inclusion in a giant elephant wall mosaic to be displayed at all venues on the Sketch for Survival exhibition tour.

Explorers against Extinction seeks to raise awareness about the threats to endangered species and their habitats while also raising significant funds for projects pivotal in the battle to protect them.

African Parks is a non-profit conservation organisation that takes on the complete responsibility for the rehabilitation and long-term management of national parks in partnership with governments and local communities. With the largest counter-poaching force and the most amount of area under protection for any one NGO in Africa, African Parks manages 15 national parks and protected areas in nine countries covering 10.5 million hectares in Benin, Central African Republic, Chad, the Democratic Republic of Congo, the Republic of Congo, Malawi, Mozambique, Rwanda and Zambia. For more information visit www.africanparks.org, Twitter, Instagram and Facebook

Garamba National Park, a UNESCO World Heritage site in the north-eastern corner of the Democratic Republic of Congo, is one of Africa’s oldest and most biologically significant national parks. Despite being situated in one of the most adverse parts of Africa, Garamba is teeming with life. Its rich ecosystem, spanning 5,100 km² and 14,800 km² for the Greater Garamba Complex, encompasses dense forest and savannah and is home to the largest population of elephants and the only surviving population of Kordofan giraffe in the DRC.

Over the past few decades, militant poachers and regional insecurities have placed immense pressure on the park and its resources. The result is a challenging combination of highly armed poachers and various militant groups, all of whom view the resources in Garamba as a way of financially supporting their initiatives, through ivory and bushmeat poaching.

Park Rangers are often the only stabilising force in the region and the only lifeline for both the wildlife and inhabitants. Through its partnership with the Congolese Wildlife Authority, ICCN, and under the management of African Parks, Garamba aims to restore security to the park through intensive and extensive law enforcement, and from community engagement in areas beyond the park's borders. The key focus is on training and equipping Park Rangers to counter militarised poachers, and to work with local communities to deliver needed benefits and reduce human impact on natural resources.

Press release distributed by Pressat on behalf of Explorers Against Extinction, on Tuesday 22 May, 2018. For more information subscribe and follow https://pressat.co.uk/ 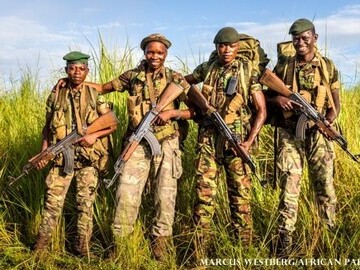 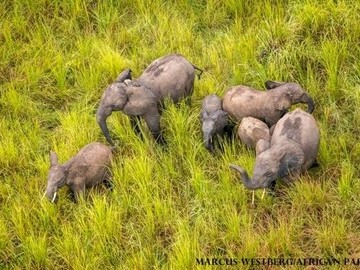 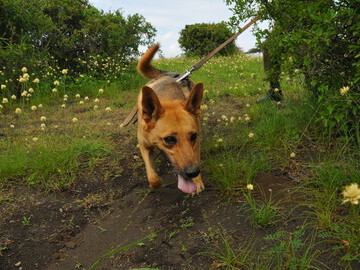