Shortlist Announced for Crime Novel of the Year 2017

The shortlist for crime writing’s most wanted accolade, the Theakston Old Peculier Crime Novel of the Year, has been announced.

The most prestigious prize in the crime genre is now entering its 13th year. The shortlisted six were whittled down from a longlist of 18 titles published by British and Irish authors whose novels were published in paperback between 1 May 2016 and 30 April 2017.

The 2017 Award is run in partnership with title sponsor T&R Theakston Ltd, WHSmith, and The Mail on Sunday.

The shortlist in full:

Chris Brookmyre beat stiff competition to win the Scottish crime book of the year award with his novel, Black Widow, a story of cyber-abuse, where ‘even the twists have twists’. It features his long-time character, reporter Jack Parlabane. Scotland’s first minister, Nicola Sturgeon tweeted that she had been given the novel as an early Valentine’s Day present by her husband, declaring it ‘brilliant’.

Essex-based writer Eva Dolan returns to the shortlist for the second year; Tell No Tales was shortlisted in 2016. Her follow-up After You Die is the third book from the author BBC Radio 4 marked as a ‘rising star of crime fiction’. Shortlisted for the CWA Dagger for unpublished authors when she was just a teenager, her debut novel Long Way Home, was the start of a major new crime series starring two detectives from the Peterborough Hate Crimes Unit.

Lie With Me, the psychological thriller by Sabine Durrant was a Richard and Judy book pick. Durrant, also a feature writer, is a former assistant editor of The Guardian and former literary editor at The Sunday Times. Full of violent twists, her roguish charmer, Paul Morris, a once acclaimed author now living off friends and feeding them lies, is invited on a Greek holiday and events take a sinister turn. The Guardian praised it as a ‘thriller worthy of Ruth Rendell or Patricia Highsmith.’

Mick Herron’s espionage thriller, Real Tigers, is the third in his Jackson Lamb series. It received critical acclaim, with The Spectator saying the novel ‘explodes like a firecracker in all directions’. The series is based on an MI5 department of ‘rejects’ – intelligent services’ misfits and screw-ups, featuring anti-hero Jackson Lamb. Herron’s writing was praised by critic Barry Forshaw for ‘the spycraft of le Carré refracted through the blackly comic vision of Joseph Heller’s Catch-22.’

Val McDermid, acknowledged as the ‘Queen of Crime’ has sold over 15m books to date. Her latest number one bestseller, Out of Bounds, features DCI Karen Pirie unlocking the mystery of a 20 year-old murder inquiry. The book is her 30th novel.

The shortlist was selected by an academy of crime writing authors, agents, editors, reviewers and members of the Theakston Old Peculier Crime Writing Festival Programming Committee.

The titles will now be promoted in a seven-week promotion in over 1,500 libraries and WHSmith stores nationwide throughout June and July.

The overall winner will be decided by the panel of Judges, alongside a public vote. The public vote opens on 1 July and closes 14 July at www.theakstons.co.uk.

The winner will be announced at an award ceremony hosted by broadcaster Mark Lawson on 20 July on the opening night of the 15th Theakston Old Peculier Crime Writing Festival in Harrogate. They’ll receive a £3,000 cash prize, as well as a handmade, engraved beer barrel provided by Theakston Old Peculier.

Last year’s winner was Clare Mackintosh for I Let You Go, which has sold more than a million copies worldwide.

Executive director of T&R Theakston, Simon Theakston, said: “The shortlist this year highlights the incredible writers at work today. As these novels show, crime novels explore issues at the heart of our society and tap into the zeitgeist. 2017’s winner will join the list of game changing authors who have won this most coveted award over the last decade, including Denise Mina, Lee Child, and Sarah Hilary.”

Gemma Rowland, Operations Manager at Harrogate International Festivals, the arts organisation that delivers the festival, said: “The public’s vote is incredibly important. At the Festival, we value readers as much as the authors who take part; it’s the readers that have real power when it comes to judging a book’s worth, so I’d encourage everyone to make their voice heard – it’s free and simple to vote online.”

Child has been dubbed a ‘billion-dollar brand’ for his blockbuster Jack Reacher series, adapted to film by Tom Cruise.

Simon added: “We’re particularly delighted to be honouring Lee Child. He is nothing short of a phenomenon. The Jack Reacher series tops bestseller lists worldwide, with a staggering 100 million books sold. Lee is very deserving of this accolade, and will have his rightful place in a pantheon of legendary crime authors who have achieved this honour to date.”

Lee Child said: “It’s an honour - probably undeserved - to be placed in the same category as the previous recipients of this prize. In particular I would like to thank Simon Theakston for his generous and visionary support of the genre.”

21 April – 31 May: Longlist titles will feature online on WHSmith.co.uk and the WHSmith blog as well as in libraries nationwide

22 May: Shortlist of 6 announced; shortlist promotion in libraries via posters/bookmarks

The eventual winner of the Award will be determined by a combination of the results of the public vote (20%) and the deliberation of a judging panel (80%).

The winner will be announced at the Awards ceremony in Harrogate at 8pm on Thursday 20 July 2017, hosted by acclaimed broadcaster Mark Lawson.

A cash prize of £3,000 will be provided for the winner. The winning author will also receive a handmade, engraved beer barrel provided by Theakstons Old Peculier.

The winning title will feature in a 2-week campaign in WHSmith stores nationwide.

2006 – The Torment of Others by Val McDermid

2008 – The Tenderness of Wolves by Stef Penney

The Theakston Old Peculier Crime Writing Festival is Europe’s largest event dedicated to the celebration of crime fiction. Taking place annually over four days each July (20-23, 2017) the Festival programmes over 90 best-selling UK and international crime authors and over 30 events. It is delivered by the north of England’s leading arts festival organisation, Harrogate International Festivals.

2016’s event sold 14,000 individual tickets over four days. It was cited as one of the UK’s top literary festivals in the Guardian and Elle magazine, and reached 8.2 million Twitter users, with 35.9 million impressions during the first week of 2016’s Festival.

Elly is the bestselling author of two crime series: the Dr Ruth Galloway novels, which are set in Norfolk and feature a forensic archaeologist and the Stephens and Mephisto series which is based in 1950s Brighton. The Dr Ruth Galloway series has won the CWA Dagger in the library, and has been shortlisted three times for the Theakston's Old Peculier Crime Novel of the Year. Elly lives near Brighton with her husband, an archaeologist, and their two children.

Press release distributed by Pressat on behalf of Cause UK, on Monday 22 May, 2017. For more information subscribe and follow https://pressat.co.uk/ 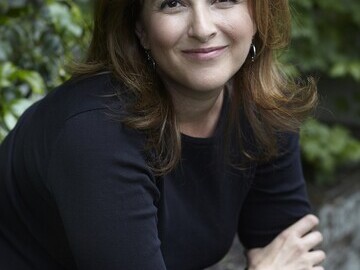 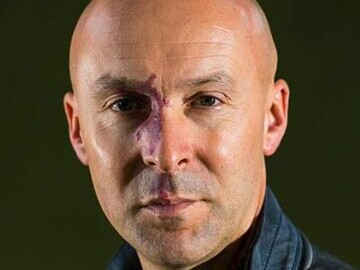 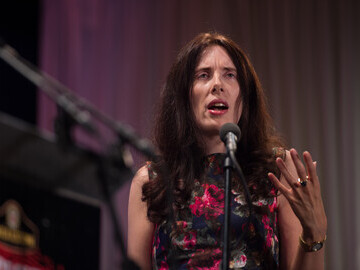 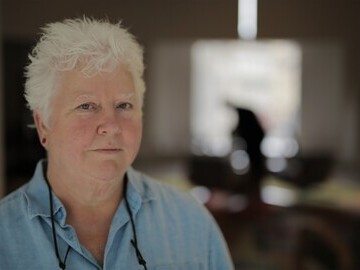 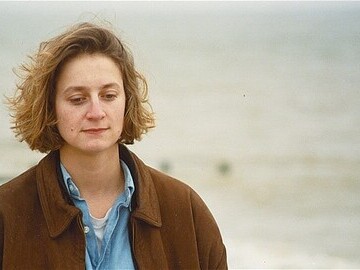 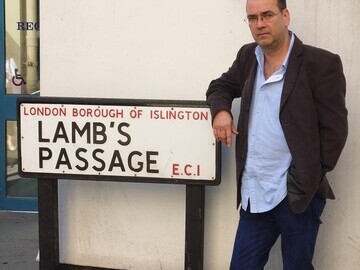 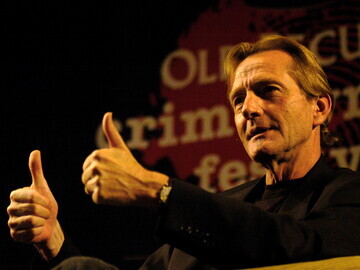 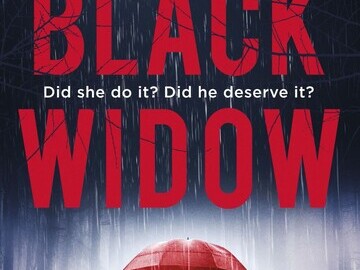 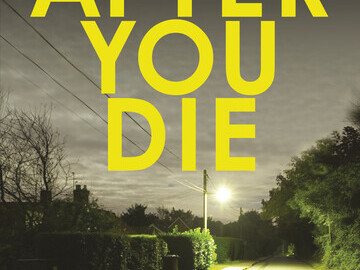 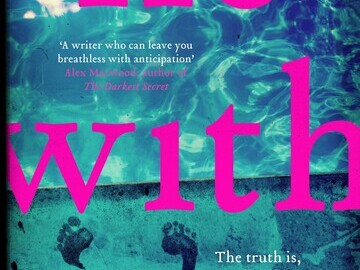 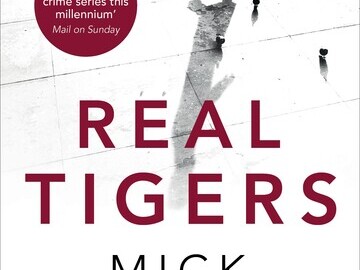 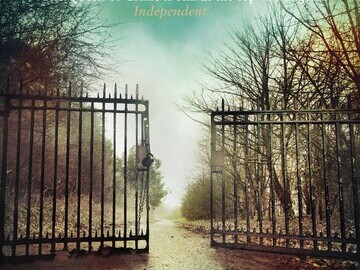 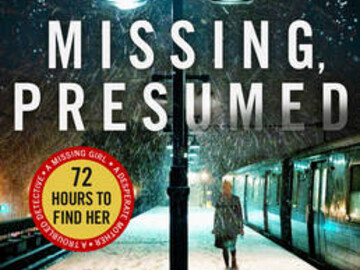 Shortlist Announced for Crime Novel of the Year 2017