​PETER PADUH OF SOCIALBOX.BIZ NOMINATED FOR 'SOCIAL AND TECH ENTREPRENEUR OF THE YEAR’

Peter, now in his late 30s, came to London as an unaccompanied refugee child and grew up in a children's home and foster care...

LONDON, The United Kingdom – Socialbox.Biz Trading Enterprises, a UK-based technology social enterprise dedicated to obtaining, preparing, and handing over laptops to the homeless, elderly, and refugees in the UK today, this week received news that their founder, Peter Paduh, has been nominated as the Tech CEO of the Year at the forthcoming 2017 UK Tech Awards sponsored and supported by PwC and the London Stock Exchange.

Social Enterprises are organisations led by visionary social entrepreneurs whose values are embedded in the culture of the organisation.

Around the same time 'over the pond' SocialMe University, a New York based full-service social media and content marketing teaching agency, sponsored an international award recognising those making positive impact on their local communities, also nominated and shortlisted Peter Paduh of SocialBox.Biz as the Social Entrepreneur of the Year at the Social Impact Awards for 2017.

Peter, now in his late 30s, came to London as an unaccompanied refugee child and grew up in a children's home and foster care. He said he wants to give something back to the community in London, and that’s how SocialBox.Biz was born.

Talking to the Refugee Support network recently who are helping young refugees in London and UK with educational and other aspects, Peter said that a computer changed his life in his teens. Now, he is supporting young refugees by donating laptops computers that his social enterprise receives from socially responsible businesses.

Whilst in his 20s Peter won the Young Business Person of the Year award at the London Business awards organised by the London Chamber of Commerce and sponsored by ITV and Evening standard.

Amongst others The Guardian, Financial Times, and the Telegraph also wrote about Peter's experiences. The Financial Times talked about how ''Hard drive pays''... the Telegraph said he was a 'born entrepreneur ' with his Commodore 64 home computer game business launching at age 12.

Some time ago Peter received the London Day Award certificate from then the Mayor of London in recognition of his “outstanding contribution to life in London” and won several others awards.

As a serial entrepreneur, Peter also launched other social enterprises such as coaching people who are exiting their corporate jobs and public sector jobs and would like to explore setting up a social enterprise. He completed his first degree in Computing at the University of Westminster in London and recently attended University of Cambridge on their new leadership coaching class.

SocialBox.biz recently reached a 100-laptop milestone with innovative laptops for homeless support project working toward 1000 laptops by 2020. The social business venture now provides support to the homeless, elderly, and refugees arriving in the United Kingdom.

According to SocialMe University’s social media experts, social enterprises using social media is a formidable way to communicate the good work they are doing locally.

“Sharing their experiences can make the whole world a better place. It starts with just one tweet at a time,” said the founder of SocialMe University.

Note for the editors –

More about the award:

SocialBox.Biz is a socially focused London-based technology startup determined to use their expertise and knowledge for the betterment of both the homeless and elderly in accommodation services as well as unaccompanied refugee minors.

SocialBox.Biz's Laptops for the Homeless Initiative works with the homeless in accommodation services for getting them back on track through digital inclusion. SocialBox.Biz delivers working laptops to the individuals registered with homelessness services to provide them access to the working world. In return, participating corporations and businesses witness incredible Corporate Social Responsibility increases. 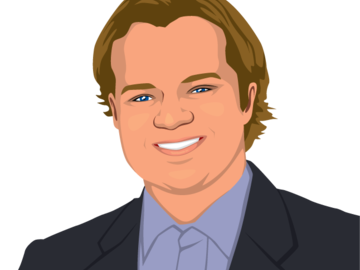 ​PETER PADUH OF SOCIALBOX.BIZ NOMINATED FOR 'SOCIAL AND TECH ENTREPRENEUR OF THE YEAR’