New World Record Set and young Adventurer continues in an attempt to achieve a World First.

A new world record Walking Mongolia solo and unsupported, has been set by young explorer Ash Dykes, a 23 year from North Wales.

Ash commenced his Journey towards the end of May this year from Olgiy, a settlement to the West of Mongolia. He has exceeded the current record and is continuing his journey in an attempt to walk the length of Mongolia and achieve a World First.

The trek has taken him through the Alti mountains, Gobi desert & the Mongolian Steppe. Ash is pulling a cart with his provisions & weighs around 150kg across the brutal & unforgiving terrain & climate. During his trek Ash has walked a staggering 1,100 miles as he makes his way to Choybalan in the East, to complete his journey.

During his expedition, Ash has experienced many mental and physical challenges from snow blizzards, sand storms and relentless heat. At one point Ash had to rest a few days in a small settlement to regain his strength in order to pursue his goal. Undeterred and feeling ready to continue, he made his way in the blistering heat and difficult terrain in pursuit of achieving his goal.

Until recently Ash was working in Thailand as a Scuba Dive master instructor and is no stranger to adventure. He has already racked up many adventures since the age of 19 when he first set off on a round the world trip. He has cycled across Cambodia to North Vietnam covering some 1,130 miles taking just 13 days over mountains on a bike with no gears. He also had a similar expedition in Australia and while in India he took the opportunity to experience the Himalayas to name a few.

On breaking the world record Ash arrived at Govi-Utgaal in Dundgovi, Central Mongolia and had originally planned to set off the next day. He then discovered the following day was the local Nadaam celebrations, and couldn't resist taking the opportunity to absorb the local culture during their festive spirit and felt privileged to be apart of their day.

Ash is on track to arrive at Choybalsan around the middle of August when he would have successfully achieved a world first.

Press release distributed by Pressat on behalf of Ash Dykes , on Monday 21 July, 2014. For more information subscribe and follow https://pressat.co.uk/ 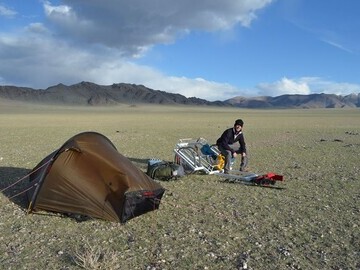 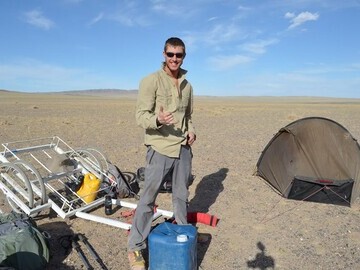 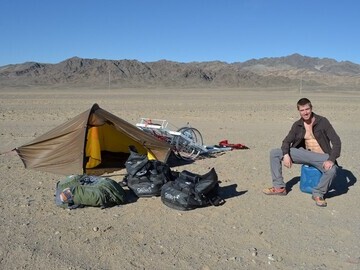 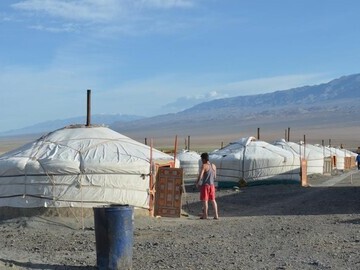