The team won the award as they demonstrated that they provide high quality, empathic and safe bereavement care.

Clare Beesley, a bereavement midwife and part of the Heart of England NHS Foundation Trust Bereavement Team in Solihull, was presented with the prestigious award at the RCM ceremony that took place on Tuesday 7 March at The Brewery, London.

The Sands Award for Bereavement Care recognises excellence in bereavement care provision by maternity staff for women and their families when a baby dies. The team won the award as they demonstrated that they provide high quality, empathic and safe bereavement care.

Clare Beesley said: “We were overwhelmed to receive the Bereavement Care Award and to be recognised by Sands and the RCM for our passion and commitment to care for bereaved families and their precious babies. It is something that the whole team are so proud of and will inspire us to continue our work in providing best possible practice for families at such a devastating time in their lives.”

The RCM Annual Midwifery Awards rewards, celebrates and shares outstanding achievement in midwifery across the UK.

Cheryl Titherly, Improving Bereavement Care Manager at Sands, said: “I would like to congratulate Clare and her team on winning their well-deserved Sands Award. The team have demonstrated they go beyond what would ordinarily be expected of them to provide the best possible standard of bereavement care.

“Clare has also developed a number of key initiatives to support her team in providing bereavement care, including online training that will help her and her colleagues to continue to provide the best possible support to bereaved parents.”

There was further good news on the night as Laura Wyatt, a bereavement midwife from South Wales who works closely with the Cardiff Sands support group, was presented with the ‘Midwife of the Year’ award.

Improving the care bereaved parents receive is one of Sands’ core aims. To achieve this the charity works in partnership with health professionals and others to minimise the risks of stillbirth and to ensure the families of those babies who do die receive the best possible care.

Press release distributed by Pressat on behalf of Sands , on Monday 13 March, 2017. For more information subscribe and follow https://pressat.co.uk/ 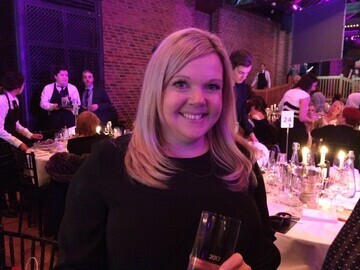