Giving up Marty by Karen Bartholomew

‘Don’t you want to find your Birth Mother?’

‘It’s history, what’s the point of raking up the past?’

But what if the past comes to you?

Joel (Marty) is the last of four children and the only one given up for adoption. He begins a wonderful

childhood growing up with his older adopted sister and loving parents. Joel’s hint at his past gives him

surprise the tables turn when Martha, his birth mother comes looking for him. The events that follow

leave Joel embroiled in a family history which changes his life and identity forever.

programmed at Coram and Soho Theatre Downstairs during National Adoption Week (15 to 21 October).

This project has been made possible by funding from Arts Council England, Kent County Council, Unity

Press release distributed by Pressat on behalf of Motormouse Productions, on Wednesday 12 September, 2018. For more information subscribe and follow https://pressat.co.uk/ 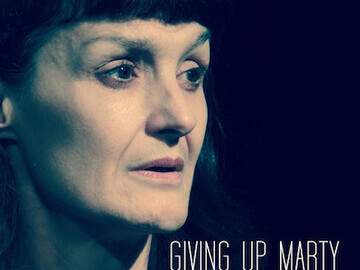 Giving up Marty by Karen Bartholomew