News provided by Army Cadet Force on Tuesday 4th May 2021

Former Cornwall Army Cadet, Justine Pellew-Harvey is to appear on the upcoming Channel 4’s SAS: Who Dares Wins. She headed into the wilds of Scotland

Former Cornwall Army Cadet, Justine Pellew-Harvey is to appear on the upcoming Channel 4’s SAS: Who Dares Wins. She headed into the wilds of Scotland to be put through the toughest and most unforgiving selection course yet.

The TV programme shows Ex-Special Forces soldiers putting recruits through a recreation of the SAS selection process. Looking for the kind of recruit that can handle anything thrown at them, the DS pit them against each other in such tasks as to race up a 4000-foot mountain, followed by a 100-foot abseil off an oil-rig.

Justine said, “It had always been my dream of being on SAS: Who Dares Wins! I had been a fan of the show since I was 14 and the second I turned 18 my first thought was “ohh!! I can apply for SAS!” And quite frankly I never believed I’d be selected because of the sheer number of applications the show’s production team receive.

But I got in and all I can say is I wasn’t the same person I was on day 1 by the end, that’s for sure. It changed my perspective on pretty much everything in life.”

Justine was an exemplary Army Cadet parading at Falmouth detachment. She became a Lord Lieutenant Cadet, a most honoured position, taking part in Royal events in the Duchy with the Lord Lieutenant of Cornwall, Edward Bolitho OBE. She also took part in the testing annual Ten Tors Challenge, twice.

“My time in the Army Cadet Force definitely helped me on the course. In terms of the military discipline aspect: the shouting, the time management, organising kit, the leadership tasks, respecting higher ranking staff, navigation tasks - 4 years in the cadets definitely came in handy!”, Justine added.

Justine went on to attend the challenging cadet exchange at Whitehorse Cadets Summer Training Centre in Canada. Here, her report stated, amongst other things, that Justine “served as an inspiration and encouragement to her peers…” and was awarded the Top UK cadet, an honour indeed, and was invited back to help instruct the next year’s exchange cadets from the UK.

Justine said: “The speed marches with heavy rucks are obviously a lot harder to do when you are soaked, hungry, exhausted and have nothing to look forward to, but doing Ten Tors training for 2 years (34 and 45 mile marches across Dartmoor in 2 days with 15-20kg rucksacks) also helped me massively, mentally. As did my experience going on the Canadian expedition exchange program, also run by the Cadet force, in the Yukon Territory in Northern Canada.

I’m beyond excited for the series to air. It’s definitely different to any of the previous series filmed!”

If you want to learn about being an Army Cadet and follow in Justine’s footsteps, go to www.armycadets.com

Press release distributed by Pressat on behalf of Army Cadet Force, on Tuesday 4 May, 2021. For more information subscribe and follow https://pressat.co.uk/ 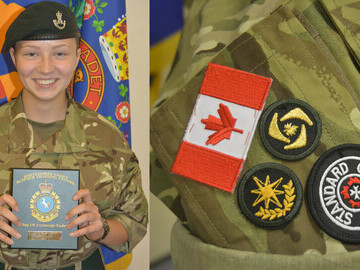 Pellew-Harvey being made a Lord Lieutenant Cadet. Credit: Wessex RFCA 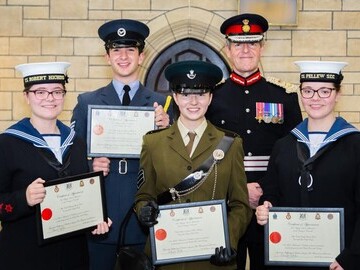 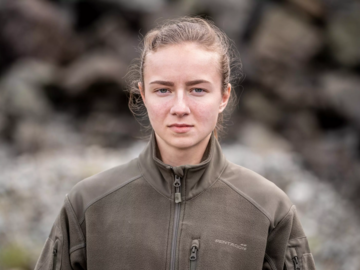 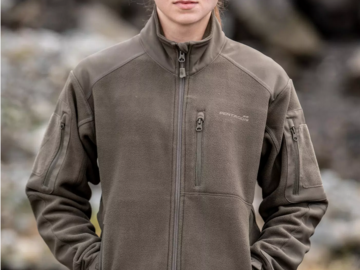