The total assets of Fibank Albania increased by almost 20% over the first half of 2019. This was by far the highest growth rate in the banking system of the country, the runner-up bank reporting a 7% increase. A major driver for such results were net loans. Total Assets amounted to more than EUR 237 million at the end of June as per the unaudited financial statements of the bank.

Gross loans to clients other than banks and financial institutions grew by 15%, increase in the retail portfolio only was at 23%. Total loans reached EUR 115 million by the end of June 2019, compared to EUR 90 million a year earlier and EUR 100 million at the end of 2018.

Deposits from non-bank customers followed the same trend, increasing by 43% and 20% compared to June 2018 and year-end 2018 respectively. Again, for both periods that was highest growth rate in the banking system. Total deposits from non-banks exceeded EUR 200 million as at 30 June 2019, accounting for a market share of 2% compared to 1.5% a year earlier.

General administrative costs grew to EUR 2.3 million from EUR 1.9 million due to the expansion of the branch network. Staff and rent expenses also increased accordingly by EUR 345 thousand.

The Bank’s results for the first half of 2019 followed the positive trend of recent years. In 2018, the Bank also reported the highest growth rate in the banking system with an increase of 26% in total assets, 33% in net loans and 30% in deposits, increasing its market share accordingly. The Bank’s audited net profit for 2018 exceeded EUR 3.2 million, while its RoA and RoE indicators of 1.8% and 13.7% respectively were among the best in the Albanian banking system.

The Bank continues to pursue its growth strategy, focusing on the retail and SME segments and delivering customer satisfaction while maintaining good portfolio quality and strong capital position.

Fibank Albania is a 100% subsidiary of the Bulgarian Fibank AD. Principal shareholders of Fibank are Mr. Ivailo Mutafchiev and Mr. Tseko Minev.

Press release distributed by Pressat on behalf of Fibank, on Wednesday 21 August, 2019. For more information subscribe and follow https://pressat.co.uk/ 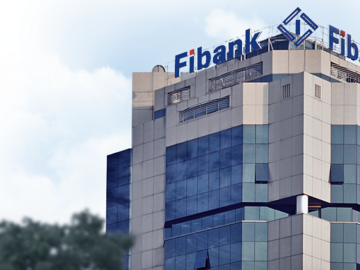