With Easter just around the corner it’s all hands-on deck at Francis House Children’s Hospice to find new homes for tens of thousands of knitted chicks.

More than 700 kind-hearted knitters from across the UK have been sending in their colourful woolly creations to the Manchester based hospice for charity’s annual fundraising appeal.

Last year’s chick appeal raised £50,000 to help towards the £12,800 a day running costs for the hospice that provides care to children and young people with life-limiting conditions and support for their families.

Rachel Astill fundraising officer at Francis House said: “Once again knitters from near and far have responded to our Easter knitted chick appeal. We are delighted that this year we are on course to smash last year’s total with more than 45,000 chicks - up 5,000 on last year.”

Top of the knitting charts is Margaret Drury from Monton, Salford who single-handedly crafted 1,205 chicks.

Every chick needs a creme egg and donations from scores of businesses, school children and supporters have been pouring through the hospice doors for weeks.

The Manchester office of GMI Construction collected 2,380 eggs between their office and sites.

Scores of volunteers have been busy sorting, counting and filling each chick ready for delivery to schools and businesses across the region to be sold for £1 each.

Staff from Barclays Financial Assistance based at Piccadilly Place, Manchester, spent a day at the Didsbury hospice helping to stuff more than 9,000 chicks.

Hamid Lodge, Change Delivery Analyst at Barclays Financial Assistance said: “We had a great time at Francis House. We were more than happy to get stuck in and stuff as many creme eggs into the knitted chicks and bunnies.

“I know first-hand how amazing hospices and their staff are, so it made complete sense to give our time to Francis House.”

News of the appeal has even reached remote villages in Africa where a group of around 80 women knitted 5,000 chicks in return for fair payment.

The Dullatur Foundation agreed to sponsor the knitting group of British charity Soft Power Education who work with communities in rural Uganda.

The women knit under the shade of mango trees and the results of their labours provides them with the means to pay off debts and cover medical costs. Their chicks arrived in the UK in the suitcases of five volunteers.

Rachel added: “As a charity we rely on the generosity of people to provide 88% of our income. To everyone who has supported our appeal we’d like to say thank you from the bottom of our hearts.”

Anyone wishing to help to sell boxes of chicks can contact the fundraising office on 0161 443 2200.

1. Rachel Astill of Francis House with thousands of knitted chicks 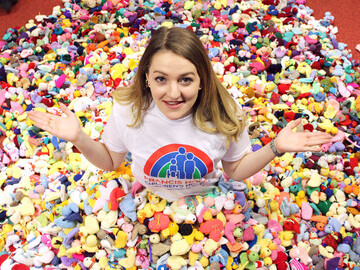 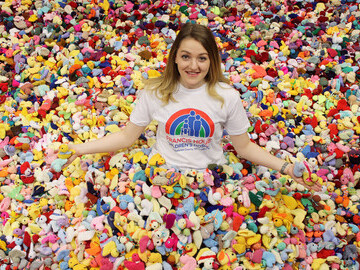 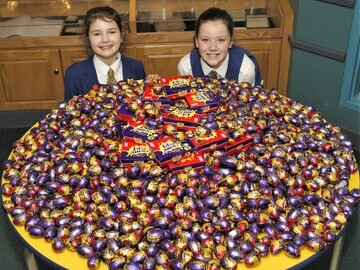 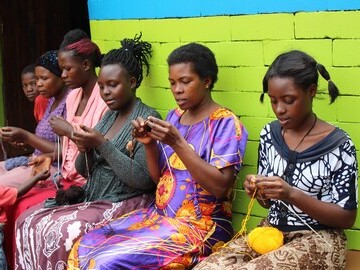