Darius Ziura | The Monument for Utopia

The Monument for Utopia articulates the destinies of a generation, people who built the foundations of their personalities in the Soviet state, which then disintegrated while they were still in their early twenties, leaving them in a very different socio-political reality. People had to invent their own survival strategies and make a choice between passive resignation and the painful reprogramming of hopelessly obsolete personal ‘software’.

The work in the exhibition focuses on the different personal trajectories of three friends, portrayed in figurative sculpture; their poise indicating diverse political contexts, types of cultural capital and nationalities, and also different aesthetic and gender orientations. The accompanying video piece documents the making of this body of work and more, while the carpet of stolen visual art, poetry, neuroscience, cookery and self-help books leads us to a large-scale photograph of The Monument for Utopia.

Darius Ziura was born in 1968 in Vilnius, Lithuania. From 1991 to 1997 he studied at the Department of Painting of the Vilnius Academy of Art, and prior to that he was part of the last generation of Lithuanians to serve in the Soviet military. He met his friends Serge (a Latvian) and Slava (a Russian) during his period in the army, the three men bonding over shared interests in lifestyle, music and visual arts.

After military service, the trio went in very different directions. Serge immigrated to Dublin, immersed himself in the gay scene and spent years doing manual jobs, while obsessively spending his savings on lottery tickets. Darius got back in touch in 2014 and was astonished to learn that one of Serge’s other preoccupations was the systematic theft of books from bookstores. He did this with no pragmatic purpose, it transpired; it was more like self-therapy, a kind of intellectual fetishism or a solipsistic effort to domesticate an alien cultural environment. Over an eight-year period, Serge had stolen almost three tonnes worth of books.

Post-service, Slava was to study at Moscow University’s Photography Department, but failed to attend and was expelled. After three years of subsequent art studies, he entered the Sculpture Department at the Repin Academy of Arts in St Petersburg. Eventually, he became a prominent sculptor in the city and currently teaches sculpture at the Academy, promoting the school of Russian academic realism. He also carries out luxury private and state commissions and lives the life of a wealthy, respected businessman.

Inspired by those radically different life stories, Darius began thinking of how to connect Serge’s stolen books, Slava’s realist sculpture and his own ideas into one piece, reflecting on the three personal trajectories in the wake of the Soviet Union’s collapse. To commemorate the 25th anniversary of their friendship, Darius proposed a sculpture. He travelled to Saint Petersburg and helped Slava to materialise his vision: three figures, standing on a symbolic globe and facing three different directions.

The resulting artwork is an attempt to examine the relationship between these discordant selves. The contradictory nature of its elements is fuelled by irony but grounded in a 25-year-long perspective.

The work elaborates on the topics formulated in Darius Ziura’s exhibition ‘SWIM’ and touches the themes of social margins and the legality and relativity of cultural values. As in the ‘SWIM’ project, one of the central questions is the metabolising of illegal practices in culture. How can those practices be ‘cleansed’ and symbolically legitimised as cultural production, and where are the limits of such legitimisation? Such a perspective opens up the ethical paradoxes grounded in the very fundamentals of our socio-cultural sphere

The Monument for Utopia was presented at the exhibition ‘Threads: A Phantasmagoria about Distance’, curated by Nicolas Bourriaud for the main venue of the Kaunas Biennial in 2015.

NN is a contemporary art space in the centre of Northampton, UK.

Darius Ziura, The Monument for Utopia, 2018 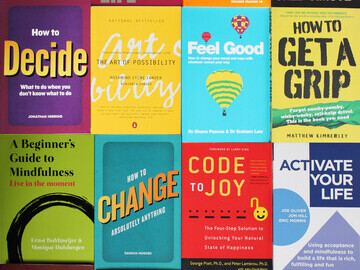 Darius Ziura | The Monument for Utopia