A group of young people from Carlisle who are determined to raise the profile of the urban sport of free running will be featured on ITV News Lookaround on Thursday, February 7, from 6pm.

A group of 16 to 18-year-olds from Carlisle are campaigning to improve the negative image of free running. They are keen to educate people that it is an actual sport which demands significant physical discipline.

Now working as ‘Fixers’, the group – who train for up to 15 hours a week - hope that by educating their local community, more people will get involved and enjoy the pleasures of free running.

Free running is a form of urban gymnastics, which involves performing tricks like front and back flips using street furniture such as walls and rails.

The group of six young men train at their local youth centre, Carlisle Youth Zone, but say they encounter problems when they practice on the streets.

Believing that they are often viewed as a nuisance, who may potentially cause damage to property, the youngsters say they have been stopped or moved on by the police in the past.

“A lot of people think we’re being destructive or that we’re going to hurt ourselves. I don’t think people realise we’ve put hours in training inside with safety equipment before we go outside and try it.”

The group are keen to inspire more people, especially younger children, to get involved with free running. They see it as a positive activity which is a great way to stay fit and active.

“I’ve become much fitter since I started free running a few years ago, it changes the way you feel, it changes your diet and makes you eat healthier,” said Christian Thompson, 18.

With the help of Fixers, the group are now planning to make their own documentary style film which will be shown in Carlisle to get their message across.

In the long-term, the group hope that through raising awareness in their community they will be able to secure funding from their local authority to create a dedicated safe practice space.

“Fixers started in 2008 as just an idea… an idea given a voice by some 5,500 young people over the past four years,” says Margo Horsley, Chief Executive of PSBT. “They have reached thousands of people with their work, on a national stage as well as in and around where they live. They choose the full array of social and health issues facing society today and set about making their mark. Their ideas can be challenging, inspirational and often life-changing.” 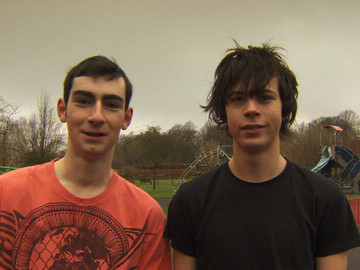 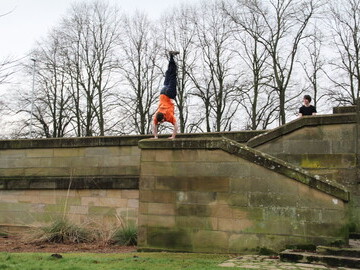