" I'm more focused than ever" Says Ash who's a quarter way through the expedition.

Adventurer, Ash Dykes, who set out to achieve a world first expedition to traverse the length of Madagascar whilst summiting its eight highest peaks has confirmed he will continue with the expedition despite contracting malaria.

Ash left the UK to commence the expedition in September and has been travelling from the southern most tip of the island towards the north since. Local unrest between military and bandits forced Ash to detour into more remote areas and into potential high-risk malaria zones and, just over four weeks into the expedition, it was confirmed that Ash had contracted the disease.

Ash said: “Early signs were very similar to severe heat exhaustion but, within a few days, symptoms worsened and I was suffering with severe sickness and hallucinations. It was at this point I knew something was seriously wrong and decided to travel three hours by car to the nearest city – Fianaratsoa – for urgent medical attention."

After conducting tests it was confirmed that Ash had contracted the most deadly strain of Malaria and he was given a course of tablets to help aid his recovery.

Ash continued: “It's been a tough couple of weeks but I'm recovering well and determined to finish the expedition. I am more focused than ever and know I need to take extra precautions to protect myself in future. Confronting your own mortality like that, reinforces how precious life is and the importance of doing the things you love. This is part of the journey."

Ash is expected to complete his world first expedition in March 2015 at which point he will return to the UK.

Press release distributed by Pressat on behalf of Ash Dykes , on Thursday 29 October, 2015. For more information subscribe and follow https://pressat.co.uk/ 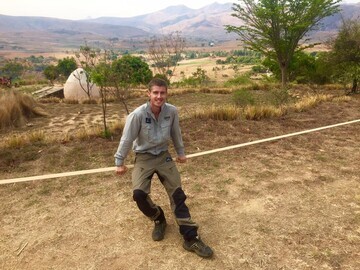 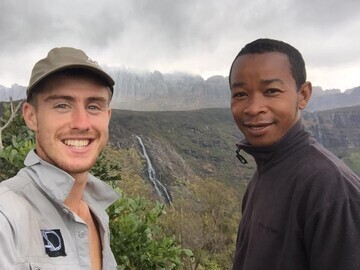