On Sunday 29th November, at Dorney Lake, Eton Dorney, Windsor more than 40 local volunteers assisted the local charity, Alzheimers Dementia Support ('ADS') to host its annual fundraising event. Despite the inclement weather, more than 500 participants (ran, walked, wheeledetc.) in the event, which was afterwards hailed as being, 'full of fun and laughter'as all were dressed in Santa suits (including babes in buggies and dogs onleads).

For the first time, this annual event attracted participants from abroad and in fact,'first past the finishing line' was a young man who had travelled from Spain, to runwith his family and friends. Another 'first' David (The Charity's Chairman and MD)explained, was the attendance of a camera crew from ITV who were there tofollow the activities of a lady involved in a series of programmes currently beingfilmed. Davina McCall will present the series called “This Time Next Year" whenit airs in 2016, said David.The huge efforts made by everyone who participated, once all-tolled, is expectedto raise funds in excess of £15,000 for the local charity which, as David explained;“Will be spent to support the needs of People living with Dementia, their Carersand Families in our local Communities".Cllr.

David Coppinger (Lead at RBWM) opened the event, (wearing a Santa hatfor the occasion) and all finishers were congratulated and presented with a medaland a 'goodie bag' following their completion of the 5KM circuit, by The DeputyMayor of The RBWM Councillor Sayonara Luxton, who attended the event withher Consort Mr. Ian Luxton.'ADS' also welcomed and enjoyed the attendance of many of the Charity'ssupporters who were also present (and many of whom actually completed the run)including; Sue Holderness – Marlene from 'Only Fools and Horses' ('ADS' Patron)and Josh Cuthbert, of band Union J ('ADS' Patron), and a dozen soldiersfrom the Household Cavalry Regiment based at Combermere Barracks, Windsor.
For the first time, 'ADS' gained sponsorship support, funding and assistance fromlocal businesses, which allowed the event to become “bigger and better" this year,said David Jannetta ('ADS' Chairman and Managing Director). David explained,'Without the support and funding given by event Key Sponsor; Mortgage Required andthe events' Main Support Sponsors, Hale and Company and Lewis Chambers(all local organisations), the charity would not have been able to double its numberof participants (versus the 2014 event).Support for the event (and the local charity, which currently 'touches the lives' ofapproximately 660 people living with Dementia in Windsor, Ascot, Maidenhead,Slough and Langley – and all points between) was also given (in various forms) byadditional 'sponsors' including; Maidenhead Athletics Club, Apex Sports, Toni &Guy, Maidenhead branch, Printique, Sainsbury's Taplow, Mars in the Community,Rush Hair, Maidenhead branch, The Nicholson Centre, Starbucks Maidenheadbranch, Airtechs, St Johns Ambulance, Festive Promotions and Pet Care,Maidenhead.David explained that although organising an event of this size and complexity,required a huge effort from all concerned, it was 'well worth all the planning andpreparation work involved' for three key reasons, namely:1.

The event raises much-needed funds (to actively support People living withDementia, their Carers and Families, in our LOCAL community);2. The event provides a 'fun day out' for individuals (including those withdisabilities) and families (of all ages) in the run-up to the festive season and;3. The event raises awareness of the charity and its work in the local community.Although this event is now 'past tense' this local charity is already beginning theprocess of planning a similar event in 2016.

What we do & why we do it: Alzheimers Dementia Support 'ADS' is a predominately Volunteer-run charity which offers constructive practical Support, Guidance, Information and a wide range of Exciting Services designed to help people within the LOCAL community whose lives are directly or indirectly affected by Dementia. We strive to make a difference by helping those affected cope better with their problems whilst giving them the opportunity to experience a little joy and laughter in their difficult lives. We also offer Dementia Awareness Training and Carers' Awareness Training to all in the RBWM including group bookings for businesses, groups and schools etc.

Who we help: There is an ever growing number of People with Dementia, dependent on their Carers and families within our local Communities of Windsor, Maidenhead, Ascot, Slough and Langley (and all points in between), who can benefit from our wide and varied range of services. We use any and all forms of communication to increase the awareness of 'ADS' and what we can do to help.
Event URL
Just Giving page for 'ADS'
'ADS' Website
Facebook
LinkedIn
Twitter 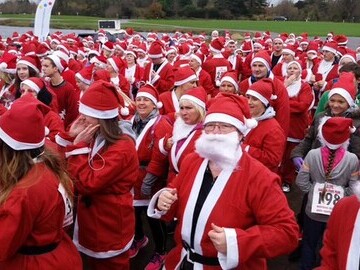 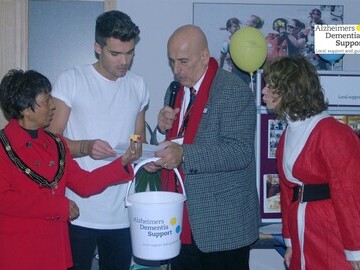 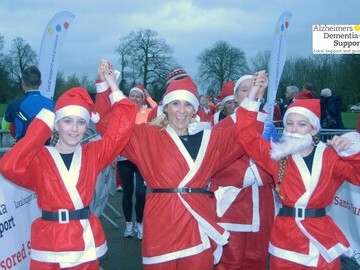 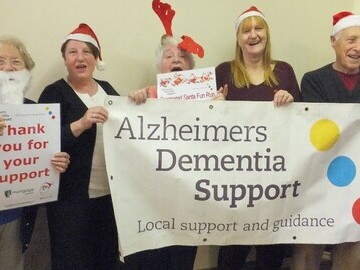 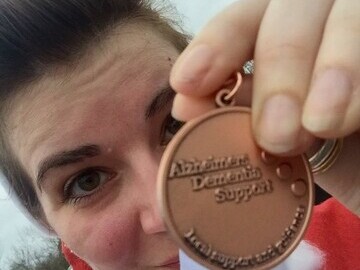 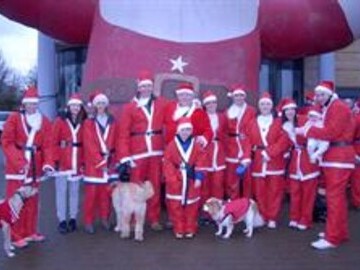 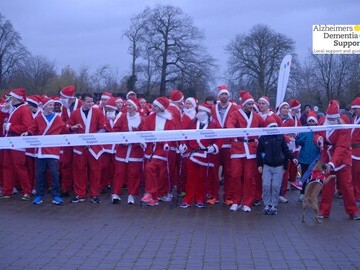