1 Million Chickens Dying Every Week In Misery For Cheap Meat

Supermarkets like Morrisons are blamed for refusing to improve chicken welfare standards.

A new report from Open Cages has found that in order to meet demand for the UK’s favourite meat, 61 million chickens died before slaughter last year as a result of major welfare issues.

The authors blame supermarkets like Morrisons for continuing to source meat from genetically engineered “Frankenchickens” whilst M&S, Waitrose, KFC and retailers all over Europe move rapidly towards the Better Chicken Commitment.

The Price of British Chicken: How Supermarkets Are Failing on Animal Welfare

Open Cages CEO & Co-Founder Connor Jackson comments: “The scale of suffering behind cheap chicken may be shocking to consumers, but to our major supermarkets it’s business as usual. They know full well that 1 in 3 Frankenchickens can barely walk, that millions die of heart attack, and that millions more die of horrendous diseases. And still, not only do even the self proclaimed “high welfare” and “ethical” retailers like Morrisons and Co-op continue to sell Frankenchickens, to package their meat as “welfare assured”, and to tell us Brits that they care deeply about animal welfare… They do all this knowing that alternatives are available.”

“Hundreds of companies like M&S, Waitrose and even KFC have signed the Better Chicken Commitment, taking the lead in improving animal welfare. Instead of following, supermarkets like Morrisons ignore and bury the issue behind feel good marketing campaigns and PR spin. But these findings prove once and for all that it is all just a story to keep us coming back to the checkout: animals pay the ultimate price for cheap chicken.”

Chris Packham’s petition calling on UK supermarkets to sign the BCC has gained nearly a quarter of a million signatures. A recent YouGov poll found that a majority of Brits strongly oppose these types of farming practices even when taking cost savings to themselves into account.

The BBC’s Chris Packham comments: “I think consumers would be utterly disgusted to know that a million of these intelligent, sensitive birds are dying every week to get cheap chicken onto their plates. The misery these animals face on a daily basis is unnecessary and would outrage even the most ardent meat eaters, because it serves no purpose but to satisfy the profits of our major supermarkets who refuse to help them. Fortunately there are many things shoppers can do to help.”

“As well as eating less meat to reduce demand, we can dramatically improve their lives in a matter of years simply by showing these large supermarkets that we want them to sign the Better Chicken Commitment. There must be a shift towards a middle ground of better, but affordable choices that will help us all take part in improving animal welfare without breaking the bank. It’s not fair for that opportunity to be reserved for only the well off.”

The report and accompanying infographics

Please credit Open Cages for all.

Press release distributed by Pressat on behalf of Open Cages, on Sunday 17 July, 2022. For more information subscribe and follow https://pressat.co.uk/ 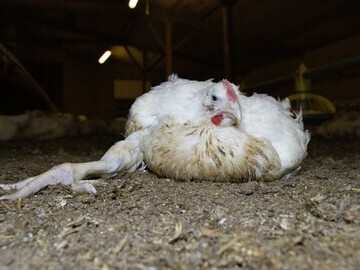 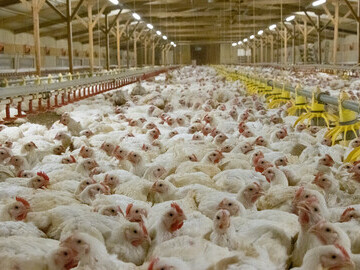 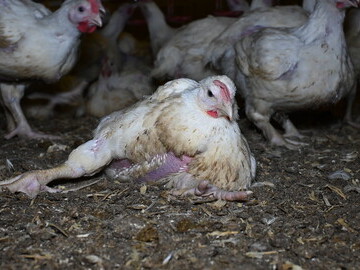 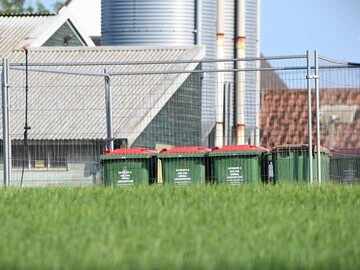 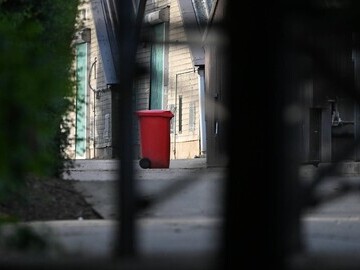 Cheap chicken in a Morrisons store 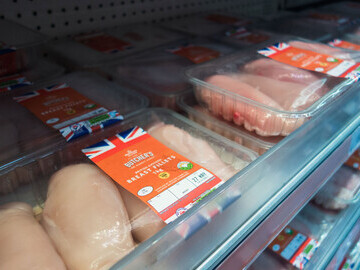 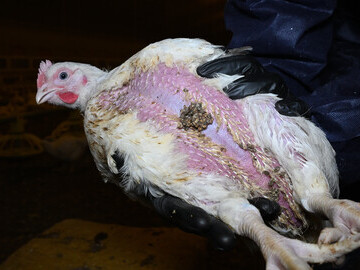 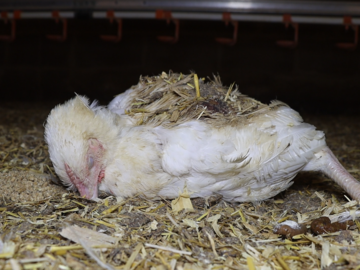 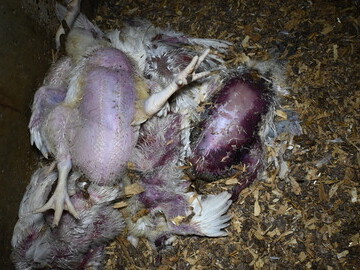 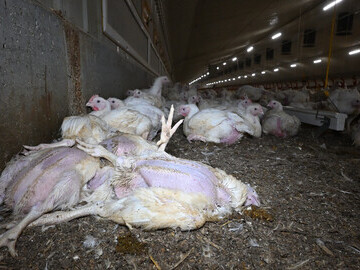 1 Million Chickens Dying Every Week In Misery For Cheap Meat