Rough black and white footage from the highly anticipated forthcoming Doctor Who series has leaked across the internet, offering a sneak preview into the new series. 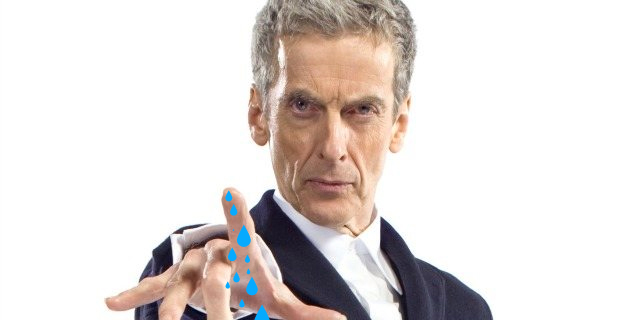 The new series, starring Peter Capaldi, is not set to air for another six weeks on British television, but rumours are spreading on discussion forums that the leak was wholly intentional as part of a publicity stunt to drum up excitement for the new show.

This is not the first time that Doctor Who footage has been made available on file sharing websites ahead of schedule. It is allegedly an advertising trick that the BBC has used before, as reported by Wired Magazine, who previously reported that past leaks were intentionally made by a collection of hired guns known as the “Broadcast Assassins”. Asa Bailey, a member of the group, said “I told them they should release things before their time, like what they’ve done with Doctor Who. Give out the first episode online, because it’s going to be valuable. You’ve got that cool factor, and it’s the whole ‘I’ve seen it before you have’ kind of thing”.

While movies are regularly leaked before schedule, this rarely happens for TV shows. Watermarked footage from the leak carries the text “Prepared for Marcelo Camargo at Drei Marc”, which is a Brazilian-based production company known for subtitling shows.

Has the footage been purposely leaked by the BBC? or are security measures being breached by employees and third party contractors? If you haven’t been in the loop, scripts for the news series also surfaced just last week. The BBC has since launched a #keepmespoilerfree social media campaign to encourage Doctor Who fans not to share sensitive series 8 plot points and material ahead of broadcast.