Bournemouth beach-goers were given quite the fright this week and it wasn’t Richard Branson dressed as a female flight attendant sunbathing, but an 8ft sea-monster rising out of the choppy waters sporting the billionaire’s trademark blonde barnet. 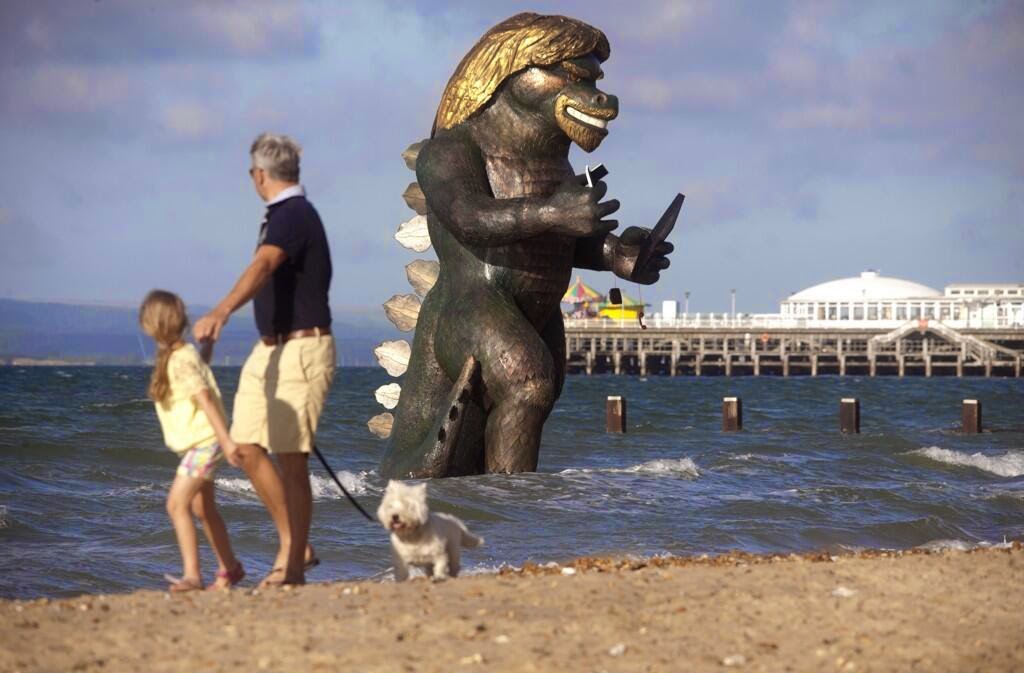 The structure supporting the sea-monster, which took more than 500 hours to sculpt, is as tall as a two-storey home and weighs more than six small cars.

Exhibitionist entrepreneur Branson often goes to great lengths to promote the Virgin Group, only just recently lifting up his kilt to reveal a pair of Y-fronts bearing the slogan ‘stiff competition’ all in aid of expanding Virgin into Scotland.

Branson’s ability to bring in media coverage with his weird and crazy stunts has earned him worldwide media coverage. He recently lost a bet with AirAsia Group’s CEO Tony Fernandes which resulted in Branson’s dressing as a female flight attendant on Fernandes’ airline which got them both coverage in the UK from the Daily Mail to the Metro and across the Pond from USA Today and CNN, not to mention hundreds of other publications that picked up the story. 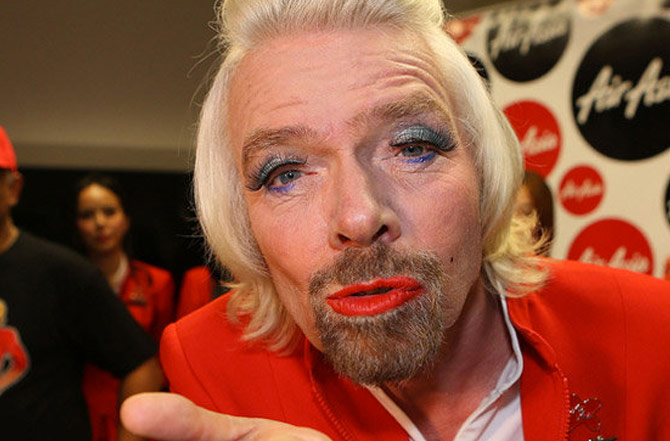